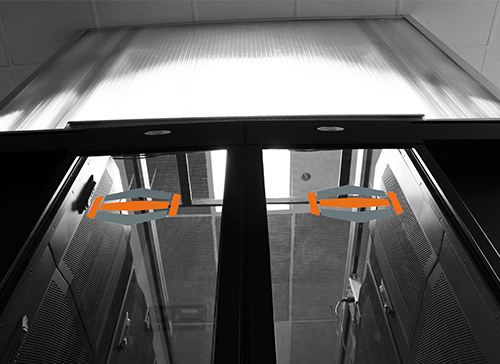 Cloud Services Versus Bare-Metal Servers.
Which One is Right for You?

Physical versus Virtual servers is a debate businesses have been and will be having for years. Exploring this topic will reveal that cloud services are great for some set-ups, while bare-metal servers are great for other needs.

Cloud computing delivers computing as a service rather than as a product. The public cloud is where the services are distributed over a network open for public use. An example would be elastic infrastructures like Amazon AWS, Google Cloud, and Microsoft Azure. These belong to the Infrastructure as a Service (IaaS) model, which provides a virtual infrastructure to the user, with hardware and software streamlined, usually billed by the hour.

The other option is bare-metal servers, which refers to the actual raw hardware. These dedicated servers are physical servers dedicated to a single tenant. Clients who wish to customize their web server choose this option, usually billed monthly.

While cloud services can be ideal for small business, it can be troublesome for large enterprises. Consider how the following disadvantages of the cloud could blindside you with a huge bill and a substandard infrastructure.

The Disadvantages of Cloud Computing

HIGH COST FOR BANDWIDTH: The main selling point for cloud providers is their pay-as-you-go price platform. This is both an advantage and a disadvantage; while you don’t have to invest in a data center and servers, there’s constant uncertainty with a fluctuating monthly bill.

The low pricing can be deceiving, as the pay-for-what-you-consume bandwidth pricing costs tenths of pennies for gigabytes. Say a cloud provider is charging $50 per terabyte. 10 TB’s, which often comes standard with many bare-metal dedicated server providers, would cost $500. In addition, some cloud providers charge upwards of $50 a TB for overage charges. This cost is just bandwidth; hardware costs have not been factored in yet. Therefore these infrastructure services often cost a company more than planned.

The cost to benefit ratio is ideal for the cloud user when in development mode, but once you move into production, the result can be expensive. SEO giant MOZ witnessed this firsthand with Amazon Web Services:

“We create a lot of our own data at Moz, and it takes a lot of computing power. Over the years, we’ve spent many small fortunes at Amazon Web Services. It was killing our margins and adding to product instability. Adding insult to injury, we’ve found the service… lacking. […] On a cash basis, we spent $6.2 million at Amazon Web Services, and a mere $2.8 million on our own data centers. The business impact is profound. We’re spending less and have improved reliability and efficiency.”

Businesses looking at cloud pricing plans need to pay very close attention to not only what they are buying but how much bandwidth they are using. In a bare-metal environment, you can have a set-it-and-forget-it mentality. The system must be able to handle peak capacities. In a cloud environment, you need management consistently predicting and estimating how much usage requirements are needed.

Elasticity is needed to make sure that at each point in time, the available resources match the current demand of your website. Sometimes companies pay too much for unused bandwidth, and vice versa, with paying too little and not having enough.

HIGH COST FOR HARDWARE: Now that you have determined how much bandwidth you need for average resource levels and traffic spikes, it’s time to factor in hardware cost. The hardware resources equivalent in the cloud is a massive amount more than with physical servers. This hardware includes CPU cycles and cores, RAM, disk size, and disk type (SSD or HDD). Set-ups requiring a lot of RAM and a high performance disk input/output are at a disadvantage with the cloud pricing structure.

The cloud features little to no customization. Substandard CPU, little RAM, and low TB drives are the norm. Reliable dedicated hosting providers install the latest hardware, CPU’s, and SSD’s to deliver the best performance. With the cloud, your business is stuck with whatever the provider bought in bulk for their countless customers.

SLOWER SPEEDS: There’s a myth that cloud infrastructures are faster than bare metal machines. But test after test shows that processing power, disk input/output per second, and memory speed is superior on bare-metal. This is the result of physical servers not having a hypervisor (a cloud staple), making the entire server strictly for one entity. There’s no noisy neighbor problem affecting speed. On an oversubscribed public cloud, performance will vary every single second. With bare-metal, there’s noticeably more stability.

VULNERABLE SECURITY: The entire cloud computing environment lives on the Internet, which makes it more susceptible than physical servers to hackers and cyber criminals. Security is a big concern among the public cloud, as only the private cloud is somewhat exempt from sharing environments with other users. Cloud operations must realize that important security and configuration requirements are often needed to prevent outside threats and downtime.

Knock on wood that this doesn’t happen, but let’s say your server gets exploited; perhaps you left the wrong port open. Your site is now used as a file sharing hub or a DDoS attack. Your data usage skyrockets, and now you are staring at a hefty bill. Or worse, your business dies. Less than a year ago, this scenario happened to source code repository Code Spaces, who was killed in the cloud:

“Code Spaces is a company that hosted application development work in Amazon Web Service’s cloud on behalf of its customers. On June 17 [2014], the company experienced a DDoS attack, whereby traffic floods the company’s servers. Multiple media outlets have reported that when company officials contacted the perpetrator, a ransom was demanded. When the money was not paid, the bad guys hacked into the administrative console for Code Space’s AWS account and deleted what appears to be the entirety of the company’s files. Code Spaces has since been shut down.”

This should be a wake up call to anyone keeping all their eggs in the cloud. Using different vendors, especially one that doesn’t keep full operations in the cloud, is highly suggested for large businesses. Don’t roll the dice with your data; have a backup plan at an on-premises data center. 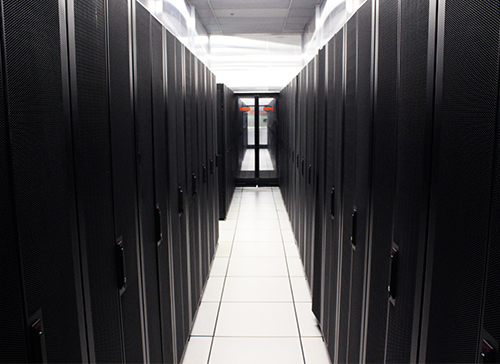 LIMITED CONTROL: In cloud computing, the customer has control over operating systems, storage, deployments, and applications. What a customer doesn’t have control over is the function and execution of both the hardware and software. Bare-metal is ideal for the customer who wants customization, like a specific Raid configuration or an exact CPU processor type. Bare-metal users enjoy more flexibility with deployment. A dedicated server user can even mix both bare-metal and virtual infrastructure together if desired, something not possible in the cloud.

VENDOR LOCK-IN CONCERNS: Dependency is another cloud computing hitch. Vendor lock-in is a scenario where a customer in the cloud can’t easily move to a competitor’s service. This transition is so bad that users sometimes stay with a provider that no longer fits their needs. Users will often have to change code to make it work better with the cloud infrastructure. Therefore moving data from one provider to the next is frustrating when the data has been altered for compatibility. Always have a plan B and make decisions with a future move in mind. Ask the provider whether data migration tools are available to make a transfer of large data easy.

UNRELIABILITY: The cloud often has downtime that bare-metal servers avoid. Again, the cloud environment is wholly Internet based, so any Internet downtime will bring down your business. Bare-metal servers have a balanced load distribution, meaning no hot spots. Giant cloud providers, some featuring over a million servers, have a high rate of machine failure and lack of support when issues arise. Good luck getting speedy answers and recovery to your business when it goes down.

PRIVACY: An overlooked aspect of the cloud is the grey area regarding legal ownership in the cloud. If you put your business in the public cloud, can the cloud provider profit off it other than just renting to you? Make sure you read the Terms of Service before hitting “Agree” because some cloud providers omit this quandary. Also, it will be a lot easier for law enforcement or prying eyes to access your stuff than over a private server which would require a warrant. But in the cloud, you may not even realize that your data has been subpoenaed.

Cloud services are here to stay, consistently getting better, and are ideal for many set-ups. But don’t confuse the cloud for a one-size-fits-all solution. Businesses that need a high level of flexibility, support, security, and control will need to look elsewhere for now. Bare-metal server users spend less in the long run and receive better performance via customizable hardware and software creations and managed support.