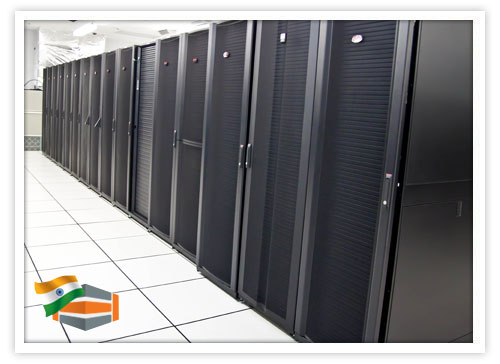 Geography may be a subject that some students may find tedious, but when it comes to web hosting, it can prove to be rather fundamental. HostDime certainly seems to be aware of this fact. After opening its U.S. office in 2001, the web hosting company immediately began cornering the globe with a bevy of international locations. One of those particular locations is HostDime India.

Being the company’s second venture into Asia, HostDime India offers the same remarkable standards and conveniences that customers have come to expect from any HostDime location. Launched in 2009, it is actually the latest in seven of HostDime’s esteemed international branches. As the Director of Global Operations, Hector S. said that one of the things that sets the India location apart from other competitors in Asia is that HostDime puts more of an emphasis on customer support, customer service and the intangibles.

“We pride ourselves on going above and beyond for the clients,” said Hector, who began working with HostDime in 2008. “We brought the same brand name that we could to India and [we] just give clients a much better, well rounded product suite — something that wasn’t necessarily not there, but it definitely is something that will help us leverage our strengths.”

Jitto T. is of the same opinion. As an analyst working at HostDime India, Jitto said that it is good that HostDime has a global presence. He tends to see the India location as being fundamental.

“India is the upcoming boom industry in regards to all I.T. aspects,” said Jitto who joined the India branch in April 2010. “Also, India can be a central part of the globe to connect Middle Eastern and Asian countries.”

With Asia being the most populated and largest continent on the planet, it was only logical for HostDime to open a location. It is a fact that India is a good market for web hosting. This is something that Hector feels the company took advantage of.

“I think it goes without saying that with one billion in population, there is a huge market there,” said Hector who has a background in computer science. “We have a lot of research and development in a lot of the other areas and just because of our business model we tend to target certain types of markets — specifically those that are emerging and are on the cusp of a big surge. India just seemed like a natural choice. Aside from being very expansive when it comes to technology and technical support, it’s growing in its economy and its infrastructure. It was an easy choice for us — big opportunity and big market.”

Opportunity certainly knocked when it came to setting up shop in Trivandrum, the capital of the Indian state of Kerala and the headquarters of the Thiruvananthapuram district. It seemed to be the natural choice after research was done on the best and evolving markets. Just like the HostDime location in the US, India has its own state-of-the-art datacenter offering services including colocation, dedicated servers, shared hosting and VPS. What’s surprising is that Americans actually utilize the India datacenter as well. This is something that Hector is particularly proud of.

“That’s actually one of the appeals of [the datacenter],” he said. “Aside from the local businesses and local customers, it tends to be highly sought after for clients that are here in the U.S. because it’s a different option and something that they can bring to their clients as an added value service. Not only can they have hosting in the U.S. which is highly oversaturated but we can provide you something abroad.”

Speaking of oversaturation, that’s something that is definitely becoming a bit of a problem in America…hence the reason that HostDime decided to expand. Hector believes that’s one of the advantages of having an international business.

“I think the reason why it’s important to do business internationally is because despite the fact that the U.S. tends to be one of the richest countries in the world, the market, web hosting, dedicated servers and managed servers is very saturated here,” he said. “There’s so many resellers, and resellers of resellers, that it tends to be a lot more difficult to make your niche in this market and hit a stride.”

One could argue that HostDime’s stride has definitely been hit. Still, having multiple locations around the globe does pose a bit of a challenge. Nevertheless, HostDime is always able to rise to the occasion.

“I think any remote management or international business is going to have some road blocks when it comes to communication, traditions, cultures, [and] practices,” Hector said. “There’s always going to be some road blocks because there is a certain way in which we do things and it’s not necessarily translated in every single other market. A good example would be our Israel location that has a Sunday to Thursday work week, and they have quite a few more holidays than we do.

For his part, Jitto is just happy that HostDime chose India as one of their prime locations.

“Hosting in India provides the best possible multi-language support — English, Hindi, Tamil, Malayalam — to all customers which we can’t expect from other hosting providers in India,” he said. “Upon experiences, we understand that it really helps our customers to build an emotional attachment and relationship with us.”

“Any presence in any of the places that we go is going to give us an advantage,” he said. “If you look at the market maybe three of four years ago, there was not as much as a surge in the international hosting markets. We were one of the pioneer companies to start that whereas now you are starting to see some of the big players adopt locations in international markets.”

It certainly helps to know that HostDime set the standard.