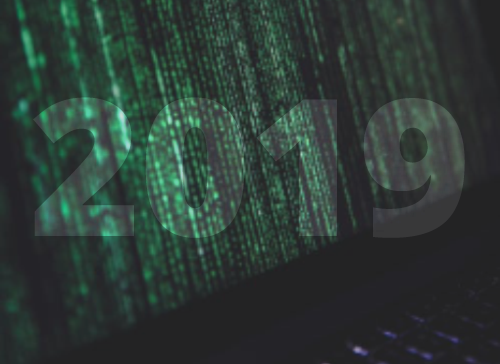 The first DDoS attack occurred in 1997 during a DEF CON event in Las Vegas. The culprit was notorious hacker Khan C. Smith, who successfully shut down Internet access on the Vegas Strip for over an hour. The release of some of this code opened up a can of worms and soon led to online attacks against Sprint, EarthLink, E-Trade, and many more corporations. Later in 2001, Smith would go on to create the first botnet, which was responsible for 25% of the entire Internet spam at the time.

Fast forward two decades later to March 5, 2018, where an unnamed customer, with the help of NETSCOUT (formerly Arbor Networks), battled the largest DDoS in history, reaching a peak of about 1.7 terabits per second. This broke the previous record, which occurred just 3 days earlier, where GitHub was knocked down by a 1.35 terabit per second attack. Before 2018, there was never an attack higher than a terabit.

DDoS attacks have been around almost as long as the Internet, yet enterprises are not only struggling to protect themselves, but encountering attacks the breadth of which has never been seen. It’s no longer a matter of if your business will fall victim, but when. So what happens now?

Memcached Servers Help Create Largest DDoS Attack Ever: That GitHub attack originated from over a thousand different systems across tens of thousands of different endpoints. This was an amplification attack using the memcached-based approach. Memcached is free software that speeds up database-driven websites by caching data in RAM to reduce disk strain.

Hackers exploited a UDP vulnerability and ended up flooding valid requests to an exposed Memcached server. This attack has a 10,000:1 amplification ratio, so on average, every byte an attacker sent to the exposed Memcached server, the server would then send 10 KB to the actual victim. Here is a diagram of what happened, courtesy of Cloudflare. 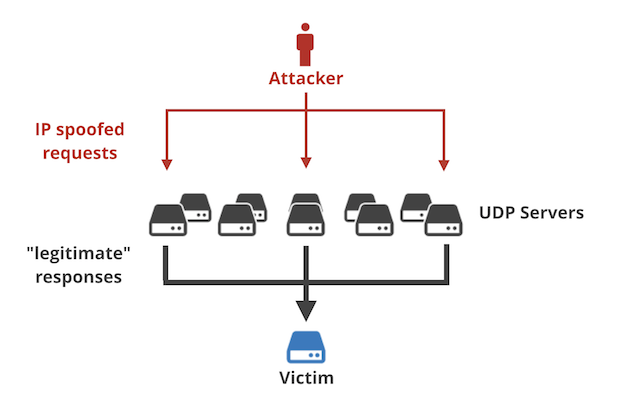 Here at HostDime, we saw evidence that servers on our network could be directly affected and immediately blocked all packets with a UDP destination port of 11211 from entering our networks.

DDoS Attacks Grew in Size: While we don’t have exact information from Q4 2018 yet, 2018 saw a historically huge jump in attack size. The good news is there were less attacks, however the volume was higher. With more attack tools at their disposal, hackers can launch bigger, more successful attacks.

It’s Costly To Get Attacked: How much money should a business expect to lose when they’re hit with a DDoS attack? DDoS defense company Corero Network Security sought to answer that question and polled 300 security professionals from cloud, government, finance, media, and online gaming. Here are the not-so-uplifting findings:

Rise of the IoT Botnets: What a world we live in when your refrigerator is hackable. Khan C. Smith’s spammy e-mail botnet has evolved into an Internet of Things botnet that shows no signs of stopping. Here’s Guy Rosefelt of cloud security company NSFOCUS on his IoT security concern for 2019:

“As IoT innovation continues to blossom, more and more IoT devices will continue to get involved in DDoS attacks in 2019. Routers and cameras are the major types of IoT devices involved in DDoS attacks, with routers making up 69.7% of IoT devices exploited to launch DDoS attacks, and 24.7% of cameras in 2017. This is because a great number of routers and web cameras have been introduced into production and living environments, with no sufficient security measures enforced. We have every reason to believe that attacks leveraging the IoT will become more diverse in the future.”

As these IoT devices become outdated, vulnerabilities will surface and become an easily exploitable weapon. These devices take much longer to patch than Operating Systems, so these attacks often last longer.

Thanks to information and the below graphic from Kaspersky Lab, we can see the US leads the world in botnets, with Russia in second. More countries’ botnets are being exploited like never before, as hackers aim for geographic redundancy. 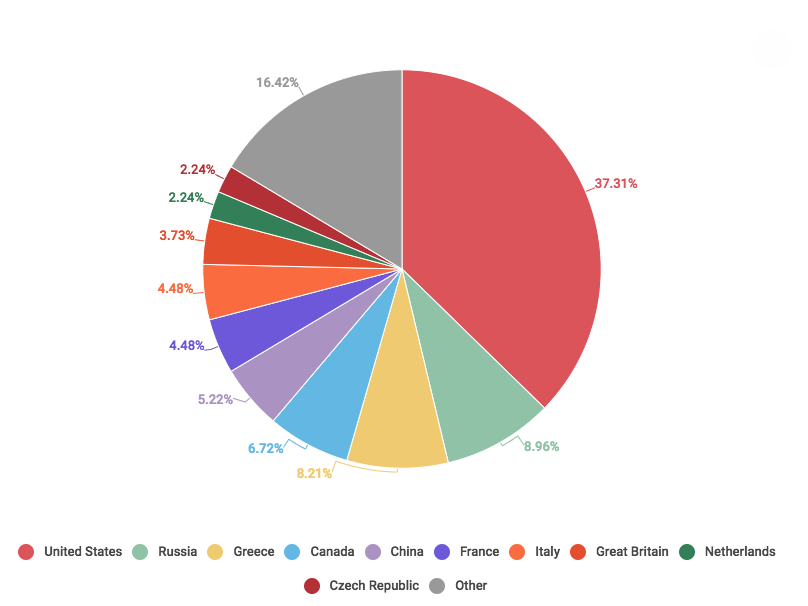 The CoAP Protocol: Oh fun, another amplification attack is here. CoAP, or the Constrained Application Protocol, can be thought of as a layer on top of the Internet of Things that handles congestion control. The CoAP protocol is a newish breakthrough that plays a role in speedy machine to machine communication among both consumer and industrial applications. However, with this newness and lightweight protocol, comes a chance at exploitation.

CoAP uses UDP, which like the memcached servers, is vulnerable to the type of IP spoofing and packet amplification that enable large DDoS attacks. As aforementioned, this can cause huge amplification attacks spoofing 10 to 50x the normal amount of traffic.

CoAP devices have become all the rage lately, going from 6,500 devices in November 2017 to now over 600,000! ZDNet has recently reported from an anonymous source that over half of these devices could be used in DDoS amplification attacks and attacks have already begun, with increasing frequency and size.

This won’t be an easy fix, as we are accustomed to speed, especially with the IoT, and it looks like we will have to sacrifice some of the speed for security, or perhaps stop using these CoAP devices altogether.

Pro tip to anyone with IoT devices in their home or office. While it’s not much, be sure to change the default username and password, and be on the lookout for suspicious activity and patch updates. There seems to be a shift to using outdated devices to launch these attacks. Let’s hope this isn’t what the near future looks like: 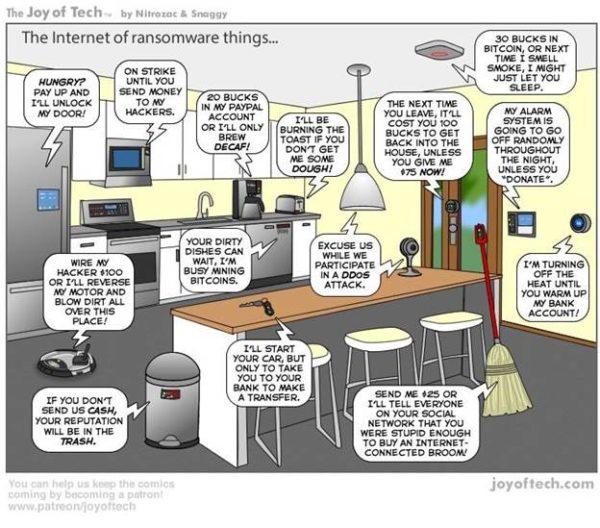 Which DDoS Service is Right for Your Enterprise?

Do you have the latest DDoS fighting tools and technologies ready for 2019? You can’t predict how large an attack against your server will be, however you can choose what protection you need based on how mission critical your operations are.

The NETSCOUT appliance sits within our facility for inline protection. When the appliance detects irregular traffic, our team moves the affected subnet and begins filtering. With our Cloud Scrubbing service, ALL traffic gets filtered through one of our various GRE tunnels. Our Hybrid DDoS is unique for it’s performance based, “always on” protection. Read on for a more in-depth look at the intricacies of each service. 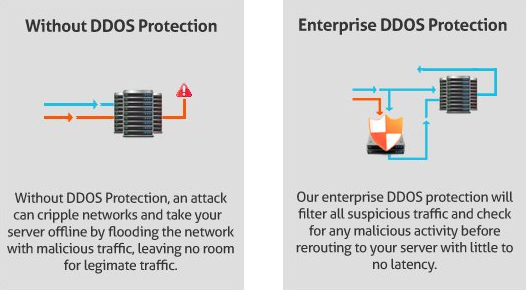 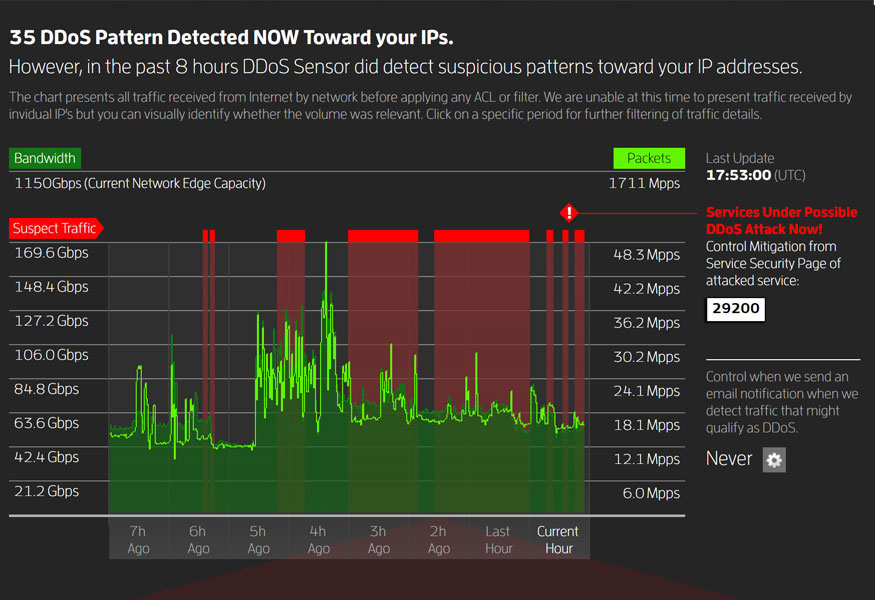 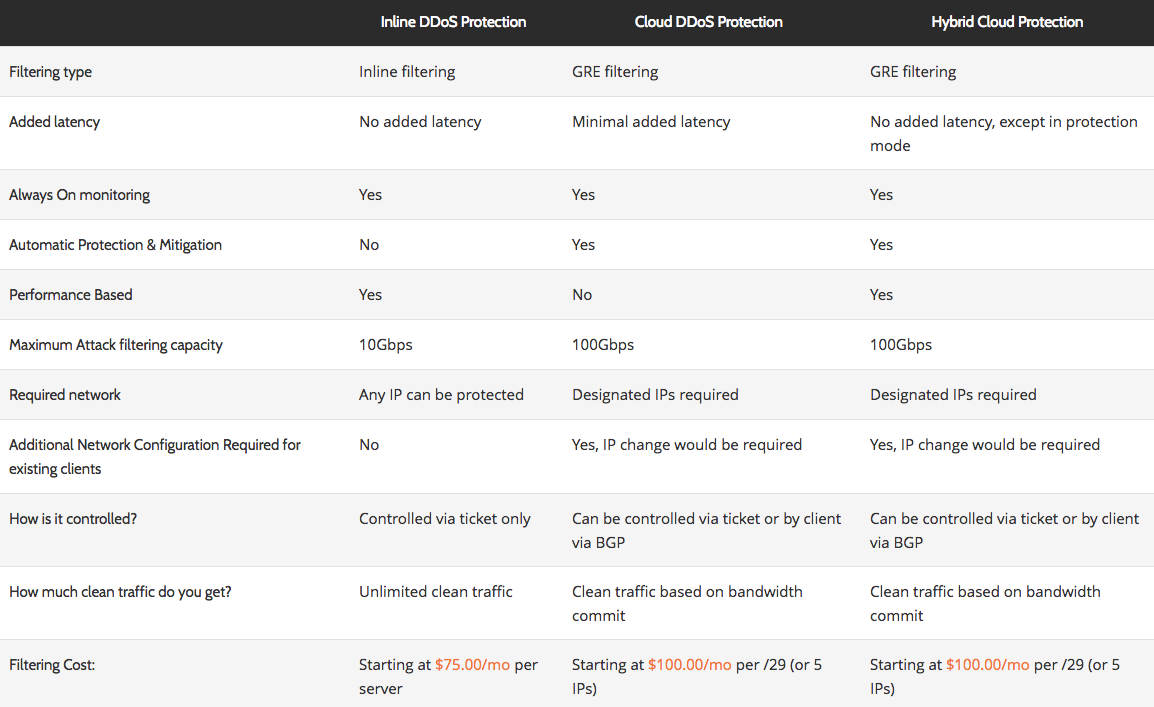