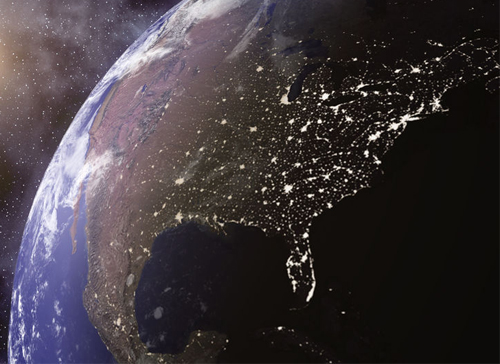 4/2/20 UPDATE: The following article was written in Q1 2020, and since then, a Coronavirus pandemic has been plaguing the world. This has obviously had a dramatic impact of the electricity sector worldwide. Right now there’s a high level of uncertainty regarding the short-term outlook for the global electricity markets. We will update this article once some concrete facts emerge.

Data centers are the cornerstone of our current economy, so it’s no surprise that they are one of the largest consumers of electricity in the world. It takes an exorbitant amount of electricity to power and cool a giant data center.

Data centers consumed over 100+ billion kilowatt-hours of electrical energy, enough to power all of New York City’s households twice over. A recent study showed the data center industry could be using 20% of all available world electricity by 2025 because of the incredible amount of data being created at lightning speeds.

The Average Cost of Electricity Per Country in 2020

This following graph from the last calendar year shows electricity prices in US dollars per kWh. The price estimate includes what you would see on an electricity bill, like energy cost, environmental and fuel charges, and taxes. 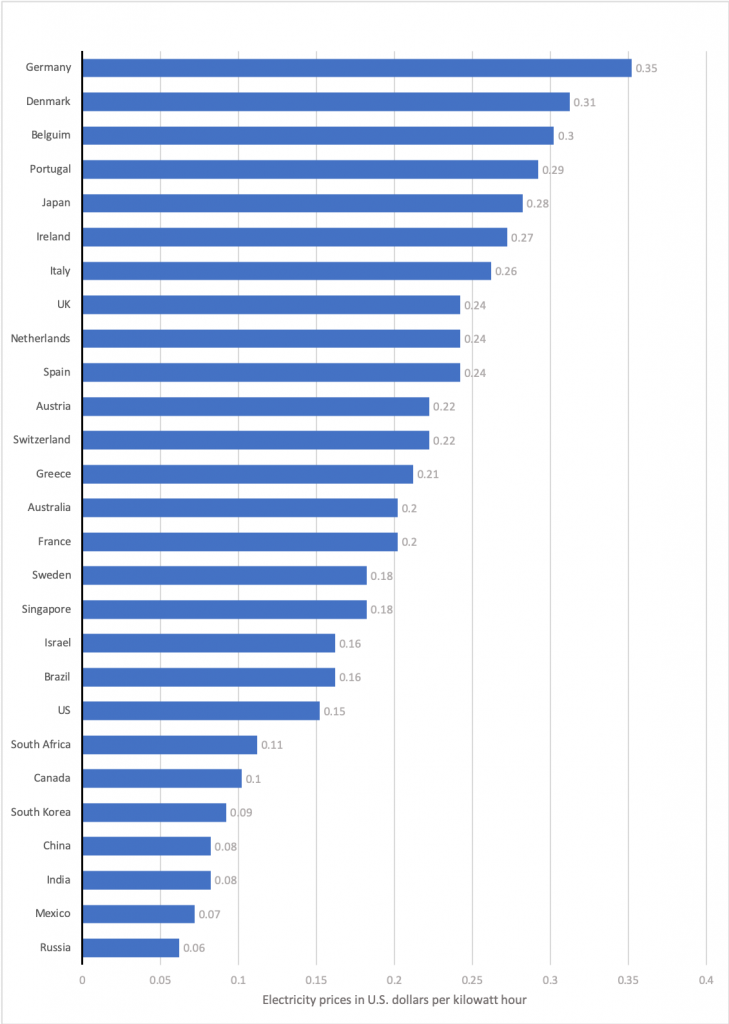 The world average price is 0.14 U.S. Dollar per kWh for households and 0.12 U.S. Dollar per kWh for businesses. Europe dominates the upper-range of prices, with Germany and Denmark winning (or rather, losing) for highest electricity prices worldwide. This is partly due to their widespread use of natural gas, which is more expensive than other fossil fuels. At 17.94 USD cents per kWh, Europeans pay roughly 6 cents per kWh more than Americans on electricity.

As a global data center company, we closely follow electricity rates across the world because it is often a metric to how data center infrastructure is priced.

Here’s a graph of electricity prices in US dollars per kWh where HostDime is currently located: 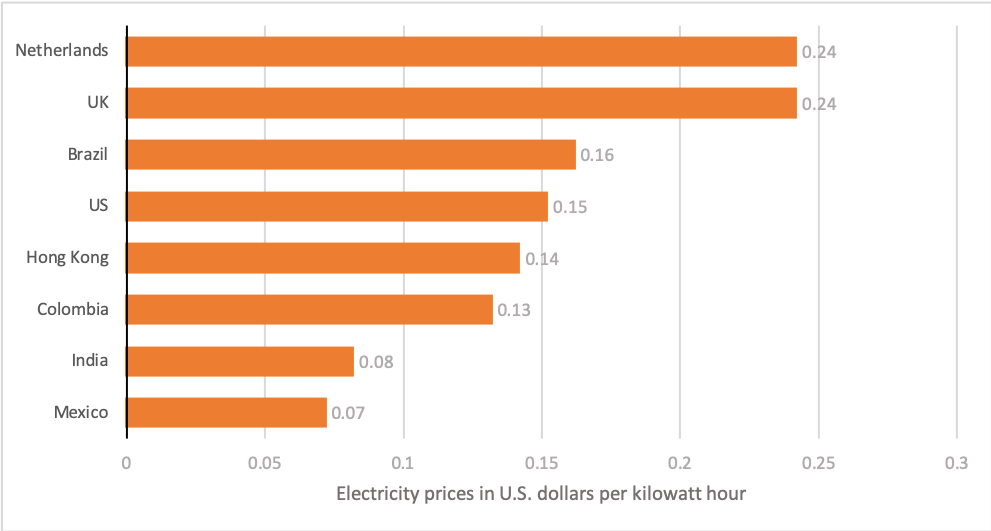 A final note regarding these numbers: This should just be used as a simple comparison because these prices are slightly inaccurate due to always fluctuating exchange rates, country’s purchasing power, government subsidies for electricity, and so on. Also depending on where you live in a given country, your price can change drastically. For instance, Louisiana pays just 9 cents/kWh, while Massachusetts pays 22 cents/kWh.

Thanks to Global Petrol Prices for the data.