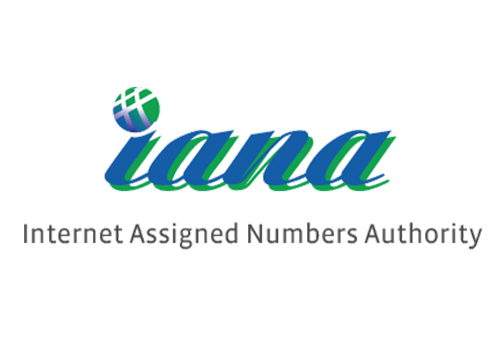 Ever since the Internet was created, the United States of America has been in charge of the allocation of Internet addresses and top-level domains thanks to a contract with Internet Assigned Numbers Authority (IANA), the department of ICANN responsible for linking the two. It wasn’t supposed to be this way.

Internet stakeholders and the U.S. government originally imagined America’s role in IANA’s responsibilities to be short-lived. In 1998, The Commerce Department’s Statement of Policy reads that the U.S. “is committed to a transition that will allow the private sector to take leadership for DNS management.” 17 years later, this transition to a multistakeholder governance model is finally starting to take shape.

This US / IANA contract ends in three months on September 30th. IANA allocates and maintains unique identifiers and numbering systems that help drive the Internet. IANA is responsible for domain names, number resources, and protocol assignments. Transition plans for the number resources and protocol assignments have mostly been agreed upon, but the domain names portion still needs to be worked out by a group called the Community Working Group (CWG).

ICANN held its 53rd meeting in Buenos Aires last week, and CEO Fadi Chehade said what many thought in confirming that the September 30th deadline will not be ready in time. ICANN is expected to ask the U.S. for a nine month extension of the IANA contract, so the new date for final transition is June 30th, 2016, exactly one year from today, at ICANN 56 in Latin America.

Mr. Chehade has drawn up a three phase transition process which is provided below: 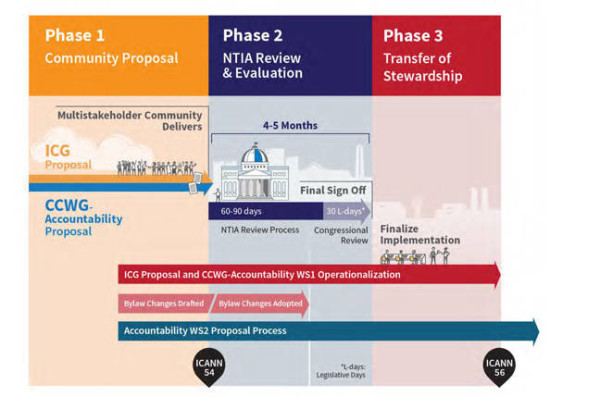 This transfer of stewardship isn’t without its critics. Presidential nominee Ted Cruz went the fear-mongering route in a Washington Post op-ed last year saying “we should dismiss all plans to give nations hostile to human rights and democracy more influence over Internet policy. The likes of Russian President Vladimir Putin, Iran’s Ayatollah Ali Khamenei and Chinese President Xi Jinping should not dictate what can be read, written, distributed, bought and sold on the Internet.”

On the other hand, an argument can be also made that the U.S. doesn’t deserve this job and is no longer trustworthy, especially given recent disclosures over rampant National Security Agency surveillance of digital traffic.

If everything goes according to plan, within 12 months the U.S. will give up their role as Internet address book overseer and nothing will change for consumers. But perhaps more likely, this can will continue to be kicked down the road thanks to bylaw changes, concerns over new ownership, and U.S. political drama. To be continued…