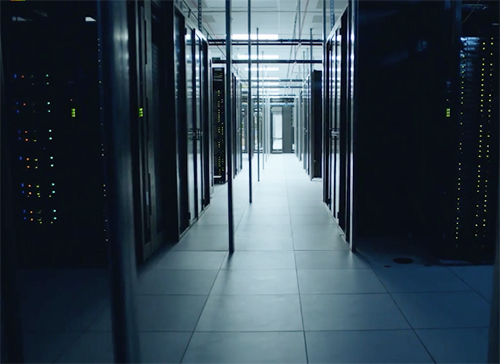 Two years ago, WIRED Magazine published an article about Dropbox moving their infrastructure from Amazon Web Services’ (AWS) cloud to colocation data centers. Dropbox was outgrowing AWS; with over 500 million users, AWS was getting expensive for the cloud storage company. Now over 90% of its operations take place on their own infrastructure.

Dropbox filed its IPO last week, and in the filing, we were able to peel back the curtain and see exactly how much they saved because of the switch. On Page 66 of Dropbox’s S-1 SEC form is a section titled Infrastructure Optimization. Here’s a portion:

In recent years, we have taken several steps to improve the efficiency of the infrastructure that supports our platform [… which] includes an initiative that focused on migrating the vast majority of user data stored on the infrastructure of third-party service providers to our own lower cost, custom-built infrastructure in colocation facilities that we directly lease and operate. […] We expect to continue to realize benefits from expanding our internal infrastructure due to our operating scale and lower unit costs.

Let’s dive into the numbers.

So in the first year of leaving AWS, Dropbox saved $92.5 million, but it cost $53 million in data center expenses. The following year in 2017, Dropbox saved an additional $35.1 million in operating costs beyond the 2016 numbers. That equals $74.6 million dollars saved off its operational expenses in 2 years.

High Cost of the Cloud for Some Enterprises

We have heard this story many times before about the cost of elastic (on-demand) public cloud services from the likes AWS, Azure, and Google becoming too high for large enterprises.

The cost to benefit ratio is ideal for companies in development mode, but once you move into production, the result can be expensive. In 2013, SEO giant MOZ witnessed this firsthand with AWS:

“We create a lot of our own data at Moz, and it takes a lot of computing power. Over the years, we’ve spent many small fortunes at Amazon Web Services. It was killing our margins and adding to product instability. Adding insult to injury, we’ve found the service… lacking. […] On a cash basis, we spent $6.2 million at Amazon Web Services, and a mere $2.8 million on our own data centers. The business impact is profound. We’re spending less and have improved reliability and efficiency.”

Businesses in the cloud must pay attention to how much bandwidth they consume along with how much memory and CPU computing they utilize. Bare metal server infrastructure has set-it-and-forget-it bandwidth parameters along with fixed CPU and memory settings that will serve the application needs, while still being able to scale up without the hefty public cloud price tag. A combination of lease-to-own hardware with colocation can equally have an impact on the performance and cost of production infrastructure. Conversely, cloud environments require a team to constantly predict and estimate how much usage requirements are needed. This leads to enterprises paying too much for unused resources, or worse, paying too little and not having enough.

Public cloud services are ideal for many set-ups, and most start-ups. But it is not a one-size-fits all solution, especially when a start-up evolves into a big production that needs a higher level of flexibility, scalability, and efficiency in cost and computing resources. When that happens, a switch to bare metal servers or a hybrid solution like lease-to-own hardware with colocation works best for the bottom line.